To have the optimal experience while using this site, you will need to update your browser. You may want to try one of the following alternatives:

How Challenging is Odor Removal After a Gaithersburg Structure Fire? 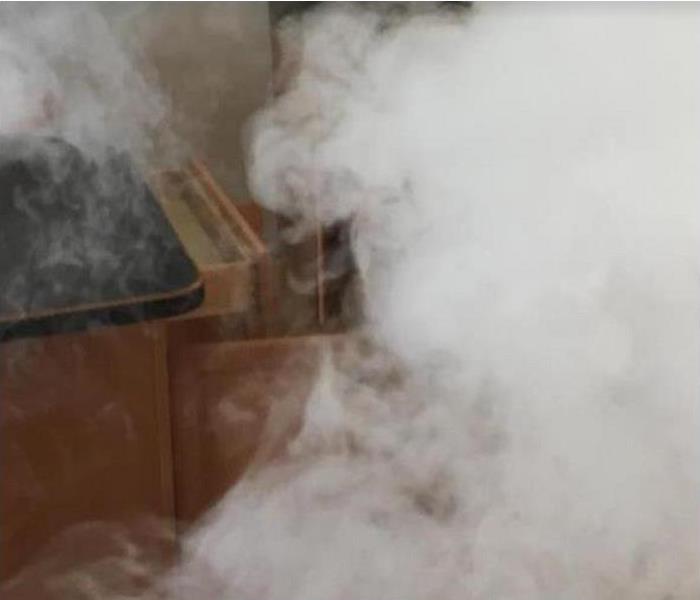 Smoke and soot damage linger long after extinguishing the fire.

While There are Many Steps to Fire Restoration and Recovery, Lingering Noxious Odors can Hinder Comfortable Living in a House After a Disaster

Fires can present multiple layers of hazardous and damaging effects for Gaithersburg properties, many of which require the experience of professional fire restoration teams like SERVPRO to resolve. As widespread and threatening as these situations are, focused efforts like containment and cleaning can prevent these circumstances from overwhelming the house and its occupants. Odors are frequently one of the most challenging obstacles in this regard, as these conditions can spread far beyond the initially damaged ignition point.

Of all the fire damage in Gaithersburg homes after a disaster, our initial focus is rarely deodorization. In truth, these efforts most often happen at the end of the restoration process, where the final touches get made to the property before returning it to the homeowner. Despite the lack of urgency with removing odors, unlike other restoration practice is necessary after a fire, there are several steps that we can take throughout the recovery of your home to minimize the severity of odor damage and migrating smoke effects.

What Practices Can Reduce Odors?

We can understand the importance of making living conditions more comfortable for occupants when relocation is not required after a fire loss incident. As challenging and unlikely as this might initially seem to homeowners, we have effective containment practices that can reduce the spread and severity of odors, soot, and other hazards present in the house after the disaster. Understanding how each of these initial steps can impact the overall presence of noxious odors in the house is essential to ensure that these stages occur at the appropriate times. Some of the scent reducing practices we set in motion during fire restoration include:

Apart from specific tasks that our SERVPRO team can perform to reduce odors present in the house after a fire in Gaithersburg, potent products can also help in this regard. Even before official deodorization begins, many products and counteractants can remove severe odors from the environment. These granules or solutions often get applied to areas with the most airflow to keep the spread of these fire damage smells to a minimum. Some of these products include:

Deodorization is a necessary process that often falls at the end of the restoration phases for fire damaged homes and businesses in our region. There are multiple tools and technologies used in this endeavor, tailored specifically to the individual loss incident and these properties' needs. As in all aspects of restoration, our professionals find the most efficient path to make these fire losses "Like it never even happened." Some of the equipment used in this approach include:

Fire losses often leave harsh odors behind, but our SERVPRO of Gaithersburg / Germantown team can help. Contact us today at (301) 963-8474.